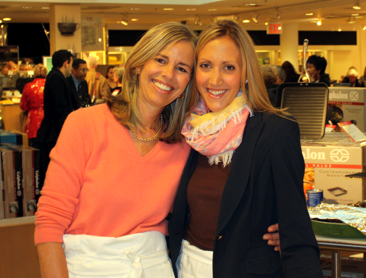 Mariel here. Initially, when my mom and I started this blog together, I demurred from being a vocal participant. I’ve gotten somewhat camera-shy in my old age and the thought of putting myself “out there” didn’t sit well.

However, after our first Bloomingdale’s cooking demo, when my mom had a senior moment in front of a crowd of 40 and she called me out from backstage, that all changed. Since that fateful brain-freeze, I’ve been out there and loving every minute of it. But when we were presented with the prospect of a second cooking demo I got nervous. Real nervous.

Since my first appearance in White Plains was more of an ambush than a planned cameo, I didn’t have the opportunity to worry. But I knew I would be alongside my mother in Bloomingdale’s 59th Street store so I got down to stressing out. We planned to serve her Summer Ratatouille and my Faux Ratatouille (Roasted Vegetable Salad) and the prospect of cooking for a group of strangers nearly sent me over the edge. 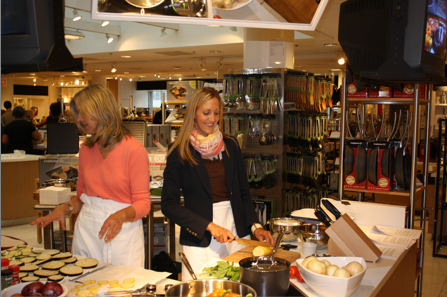 Despite the swarm of butterflies, crazy nerves and night sweats, once I was standing in front of the crowd in the demo kitchen, I was fine. My mom reminded me that I was an all-natural ham as a kid, browbeating my parents into turning on the home camera so I could read to my dolls in front of it or twirl around in some random getup. I used to literally shove my little bro out of the spotlight if I felt he was hogging attention. 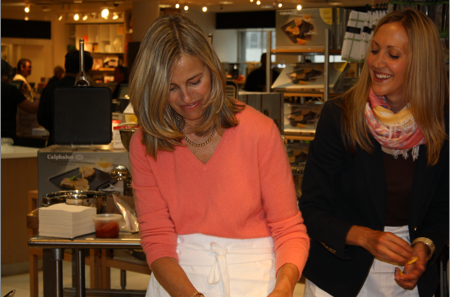 In my opinion, the fact that I haven’t yet collapsed onstage has more to do with me feeling like nothing can go wrong because my mom’s there. Like she’s some sort of self-esteem superwoman who can rescue me from looking like a jerk in front of a live audience.

In any event, we must’ve done something right because the powers-that-be at Bloomies are interested in having us back for another round this fall. It’s a regular Cinderella story.