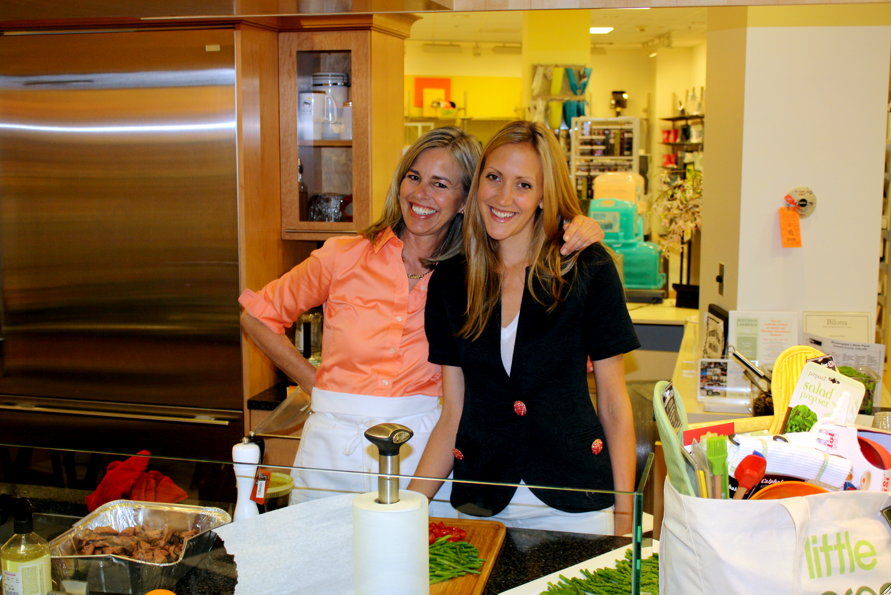 The Bloomingdale’s demo on Saturday is over and done with and I have to say, it was a blast. As I had mentioned last week, my daughter, Mariel, is the silent co-creator of this blog suggesting posts, writing posts and keeping me apprised of national and NYC-specific food news.

On Saturday, she went from silent partner to vocal participant – thanks to her dear old mother. 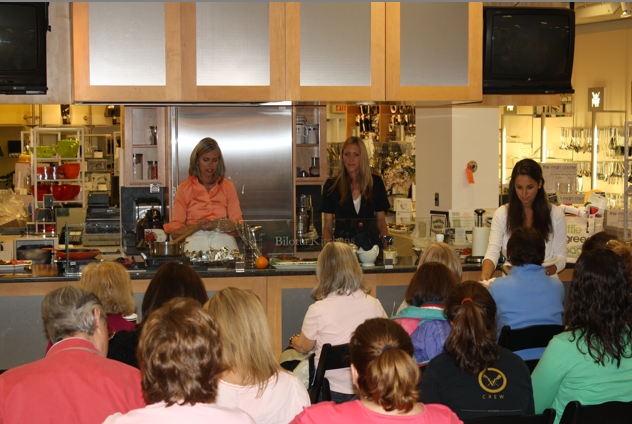 As I got rolling in front of the audience, much to her surprise, I called her out from behind-the-scenes where she was dutifully plating food for the tasting portion of the demo. My brain went momentarily blank, and because she knows this blog – and my recipes – better than anyone, I needed to borrow her brain. To the audience, it looked like a planned intro (or so I was told), and Mariel jumped right in, didn’t miss a beat. 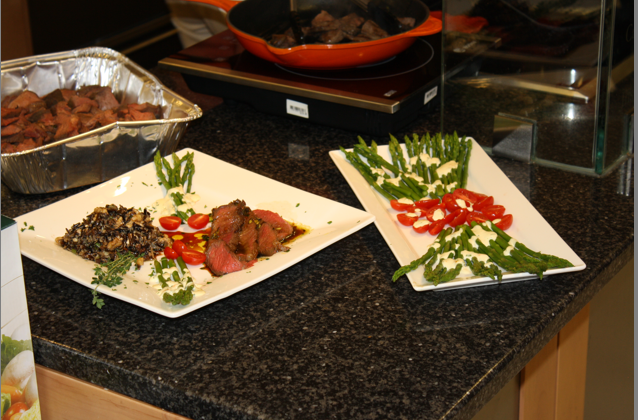 We spent the next 30 minutes discussing Top 10 Tips for running an efficient kitchen (both time- and money-wise) and we shared some favorite recipes for at-home entertaining on a budget, since that’s the crux of this blog. The audience sampled Herb & Honey Marinated Sirloin, Wild Rice Salad, and Asparagus with Orange Aioli. I think it went over well…we were cleaned out of samples by 2pm.

While Mariel had initially expressed interest in remaining somewhat anonymous, she’ll now be sharing the stage. Bloomingdale’s loved the mother-daughter combo, so for our next demo in the NYC 59th Street Flagship in June (date TBD), you’ll meet both of us. And we hope to meet you in person!