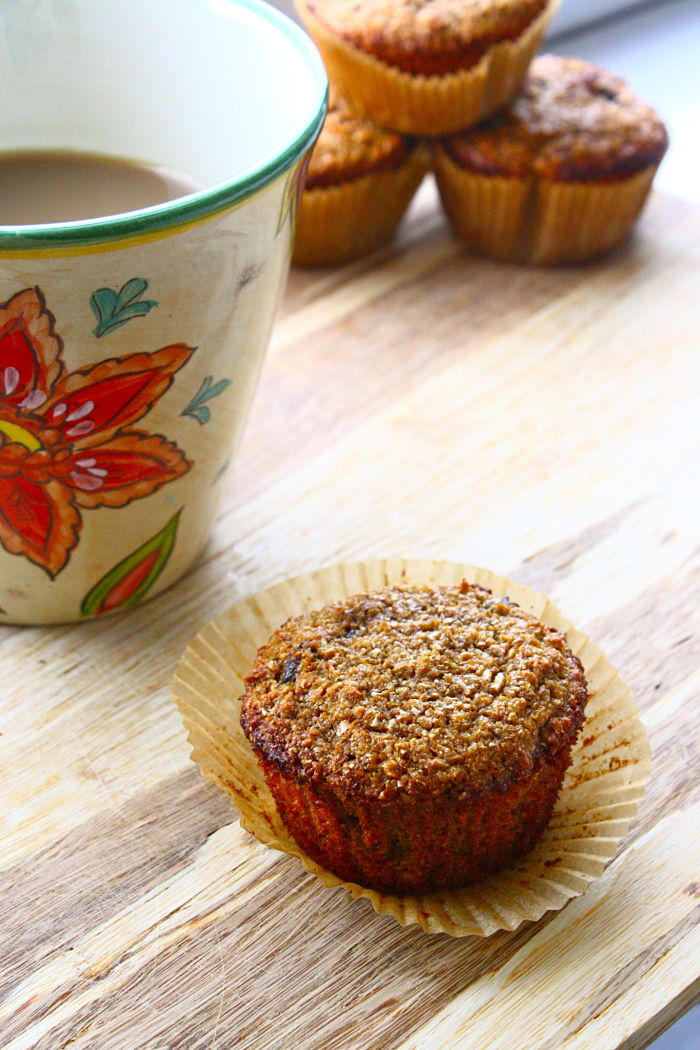 Mariel here. Sorry for cursing, but these muffins are truly expletive-worthy. My father, a bonafide bran-aholic, has gotten his muffin on for as long as I can remember. When we were wee tots, there were many a Sunday morning when the old man padded down to the local bakery to pick us up a box full of sugar-bombed Apple Turnovers and a small clutch of his prized Bran Muffins. He carefully guarded his wholesome treats informing us they were “off limits.” No problem pops, we’ll try and steer clear…

I hadn’t revisited these Sunday staples until this past weekend, when I whipped up a batch for Father’s Day. I combed through dozens of recipes trying to find one that most resembled the fluffy top hats from Topps Bakery and I ended up cobbling together a rendition inspired by a circa 1991 Gourmet Magazine. Old school, I know. I swapped out the sour cream in favor of plain yogurt, used whole wheat flour instead of white, and ratcheted up the raisins. The man loves a good raisin. 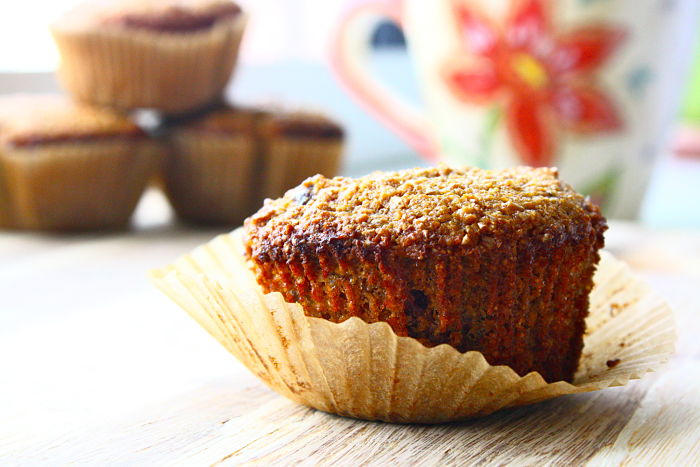 The muffins were fantastic – and this is coming from a gal that doesn’t take too kindly to bran anything. They were light, cakey and moist, and the flavor was just right: rich and subtly sweet but not cloying. A muffin shouldn’t be a cupcake sans frosting, it’s a breakfast food after all. If a bran muffin seems like an odd gift for Father’s Day, you’re probably right, but my dad seemed pretty pleased…and that’s what really counts.

If you haven’t already entered our zesty Edgeware grater giveaway, get on it!

Directions:
1. Preheat the oven to 400 degrees. Rig a 12-muffin tin with paper liners.

2. In a large mixing bowl, lightly whisk together the flour, bran, baking soda and salt. Set aside.

3. In the bowl of an electric mixer, cream the butter and brown sugar until fluffy. Beat in the lightly-beaten egg, the yogurt and molasses until combined. Stir in the raisins on low speed.

4. On low speed, gradually add the the dry mixture to the wet mixture until just combined. Batter will be quite thick and sort of mealy/lumpy, that’s OK.

5. Fill the muffin cups with batter – fill all the way. Bake at 400 degrees for 15 minutes until the muffins are golden and a bit springy to the touch. Remove the muffins from the pan and cool on a wire rack.